Downtown Raleigh’s most unique and worth-it restaurants are on Hargett Street. Then a beacon of light started shining from the corner of 110 E. Davie Street, guiding wayward folks down Blount Street through the fog of restaurant-nothingness.

I’m pleased to say that bu.ku holds the title of our first anniversary dinner. The food would have been oogled by the likes of Chef Ramsey and we didn’t break the bank for it. Glittery cinnamon stick-like lamps maze around the ceiling in the dining room and lead to the barroom where a few tables and a stage are setup. After dinner we went in and watched the band play a few practice notes and I ordered a drink I’d seen on their website earlier that day – the rickety ginny, made up of gin, thai chile, lemongrass, ginger and lime. Pretty tasty. 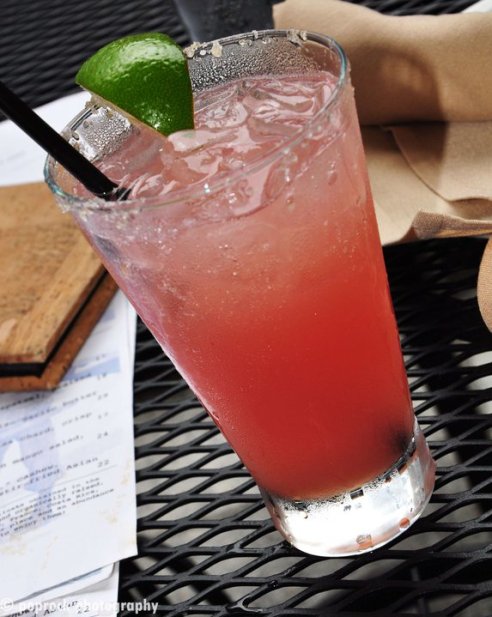 Overall, the atmosphere is fancy but fun, just like the food. Our waiter was nice enough though oddly mum most of the time. I could tell the kitchen was running efficiently, which is always nice to know because it makes me feel like there’s less of a chance something sketchy happened to my food behind the scenes, but when a customer makes a reservation for a special night, don’t stick them beside the kitchen!

(Although, as I commented on our misfortune to Dave, I realized it took me almost halfway through our meal to notice it because I had been enjoying the interactions in the kitchen between the sous chefs and waitstaff. Secretly, I felt kind of fortunate to be so close to the action because that’s right where a reporter wants to be.)

2 Responses to “A tourist in my own city: Part IV, bu.ku”